The people in the province of Guadalajara live from agriculture and cultivate rye, potatoes and other vegetables. Hinojosa is one these small villages in the province. “Driving” through the village with the help of Google Streetview shows that Hinojosa probably does not suffer from overpopulation.

But the few inhabitants of Hinojosa seem to like chess. For the seond time this year they invited two juniors to play a game of chess, the moves of which were transmitted live by radio to… their field! Now tractors, harvesters and other agriculturual machines turned into chess pieces and replayed the game live on the field.

The starting position. The machines and their drivers are ready for battle.

It is easy to distinguish the rooks……but which piece is attacking here?

Arturo Fernandez plays chess and he knows why.

The game was won by Arturo Fernandez. In an interview he explained his passion for chess: “Chess brought me a lot. Chess helps me thinking in school. Chess is good for everything in life.”

With the unique chess game between agricultural machines the people of Hinojosa wanted to make their village and the province of Guadalajara better known. They succeeded!

From this year's British Championships 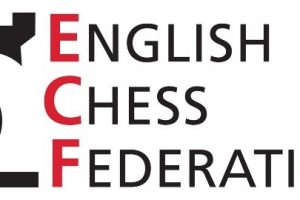 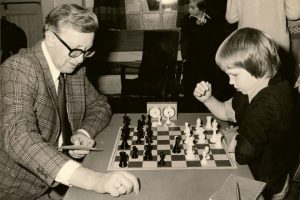 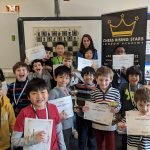 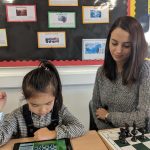 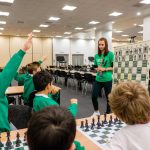 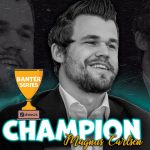 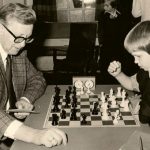